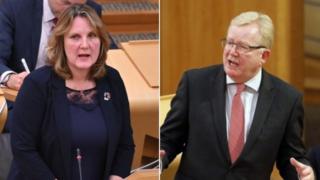 The contest to replace Ruth Davidson as Scottish Conservative leader has begun, with interim chief Jackson Carlaw the first candidate to declare.

Ms Davidson resigned in August 2019, citing changes in her personal life and “conflict” over Brexit.

Mr Carlaw, who has been standing in as interim leader, said he would “take the fight to Nicola Sturgeon and the SNP”.

He is expected to be challenged for the post by MSP Michelle Ballantyne, who wants a contest and not a “coronation”.

Ms Ballantyne, the party’s social security spokeswoman at Holyrood, said she would enter the race if she receives the required 100 nominations from members. 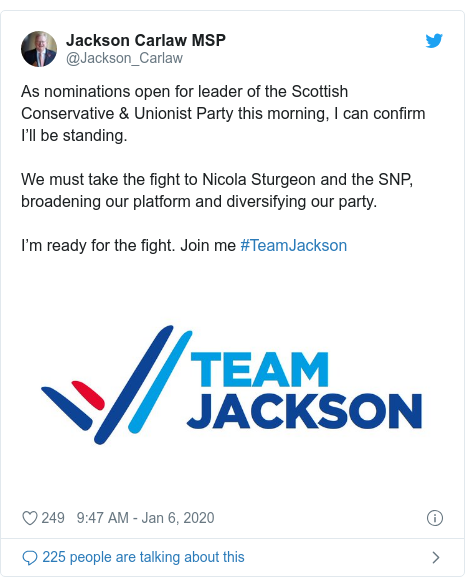 Announcing his candidacy on Twitter, he said: “We must take the fight to Nicola Sturgeon and the SNP, broadening our platform and diversifying our party. I’m ready for the fight.”

Several other MSPs have ruled themselves out of the race, which will determine who leads the Tories into the Scottish Parliament elections in 2021.

However Ms Ballantyne said members should be given the chance to vote on a new leader, and that she would stand if she had enough backing.

She added: “I’m a democrat and I don’t believe coronations are the right approach.”

Nominations for the post close at noon on January 17, with a vote to follow if more than one candidate wins the backing of 100 members.