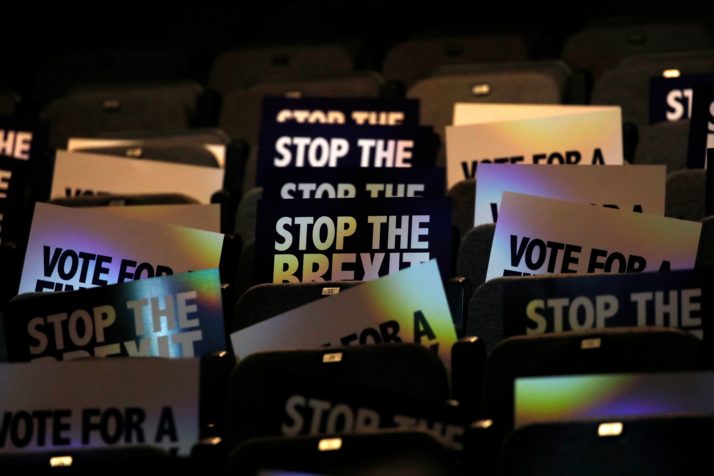 Senior UK diplomat in US quits over Brexit ‘half-truths’

Alexandra Hall Hall says civil service was being asked to deliver messages on Brexit which were not ‘fully honest.’

A top British diplomat in Washington quit after saying she did not “trust” her political bosses and would no longer “peddle half-truths” on their behalf.

Alexandra Hall Hall, the lead envoy for Brexit in the U.K. Embassy in Washington, handed in her resignation letter just over a week before the general election, CNN reported.

In the letter, dated December 3, she said the British civil service was being asked to deliver messages on Brexit which were not “fully honest” and her position had become “unbearable personally” and “untenable professionally.”

A Foreign Office spokesperson told CNN: “We won’t comment on the detail of an individual’s resignation.”

Hall Hall, a former ambassador to Georgia, said she was “increasingly dismayed by the way in which our political leaders have tried to deliver Brexit, with reluctance to address honestly, even with our own citizens, the challenges and trade-offs which Brexit involves; the use of misleading or disingenuous arguments about the implications of the various options before us; and some behaviour towards our institutions, which, were it happening in another country, we would almost certainly as diplomats have received instructions to register our concern.”

She added: “It makes our job to promote de