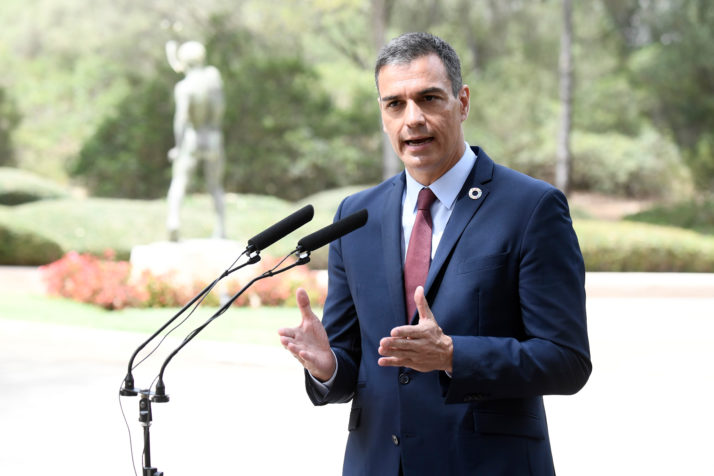 Policy priorities include infrastructure, education and training, science and innovation, and modernization of industry.

Sánchez said the government will concentrate more than half of the spending — €72 billion — in the first three years. The government also will advance €27 billion from its own national budget, so as to accelerate the implementation without having to wait for the Commission to disburse the funds, the timing of which is dependent on ongoing negotiations between the European Parliament and EU countries. “This advancement will allow us many things,” he said.

He listed 10 policy priorities, including new and improved infrastructure (12 percent of the funds), education and training (18 percent), modernization of industry (17 percent), and investments in science and innovation (17 percent).

Sánchez said the government estimates the plan will add 2.5 percentage points to the economy’s annual growth rate for the next three years,