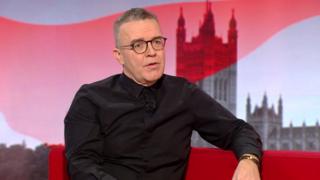 The “first task” of the next Labour leader will be to explain why the party has not won an election for a decade, according to its former deputy leader.

Mr Corbyn confirmed in December he would stand down, after Labour suffered its worst election defeat since 1935.

Jess Phillips is expected to join the race to replace him later.

There will also be an election for a new deputy leader, with shadow justice secretary Richard Burgon announcing his candidacy on Twitter, and shadow education secretary Angela Rayner receiving the backing of Ms Long-Bailey.

Under current rules, would-be candidates for both the leader and deputy leader roles must first be nominated by more than 20 MPs.

They must also secure nominations from at least 5% of Labour’s constituency parties or three affiliated bodies – two of which must be trade unions.

A timetable for the leadership election – and any rule changes – are set to be decided by the party’s National Executive Committee (NEC) on Monday.

Speaking on BBC Breakfast, Mr Watson said it was “too early in the race” to give his backing to any candidate.

He told the programme: “For whoever wants to lead the Labour Party, their first task is to explain to 500,000 members of the party why Labour lost and why Labour hasn’t won for a decade.”

Mr Watson said he “didn’t sign up” to the party’s 2019 manifesto, but he accepted he “must take responsibility for the failure as well”.

“So,” he added, “those members of the shadow cabinet that are running for leadership and deputy leadership of the party… have got a particular pressure on them, as they do have to explain whether they think that particular manifesto was the right one or not.”

Ms Phillips, who hinted on Twitter she would be entering the race, h