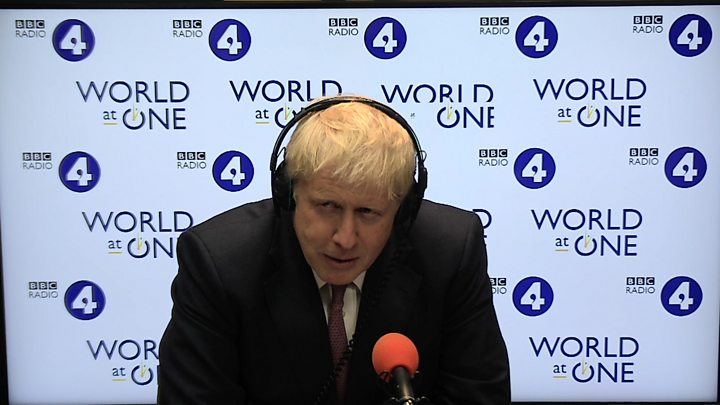 Boris Johnson has said he will take part in Tuesday’s televised Tory leadership debate on the BBC.

The frontrunner in the contest to replace Theresa May said the programme, which will be shown after the second round of MPs’ voting, was the right forum to debate the big issues.

He said he was “very keen” on TV debates but viewers might not like too much “blue-on-blue action”.

It is unclear whether Mr Johnson will take part in Sunday’s planned debate on Channel 4, with his team reportedly having reservations about its proposed format.

They say the next prime minister should be subjected to the fullest possible scrutiny.

He told the BBC Radio 4’s World at One he had done many TV debates during his two successful London mayoral campaigns and he was “pretty bewildered” by claims he was dodging scrutiny.

“I think it is important that we have a sensible, grown-up debate,” he said, ahead of next week’s BBC event.

“My own observation is that in the past when you’ve had loads of candidates, it can be slightly cacophonous and I think the public have had quite a lot of blue-on-blue action, frankly, over the last three years.”

He added: “We don’t necessarily need a lot more of that, and so what I think the best solution would be would be to have a debate on what we all have to offer the country.

“The best time to do that, I think, would be after the second ballot on Tuesday and the best forum is the proposed BBC debate. I think that’s a good idea.”

In a wide-ranging interview, Mr Johnson defended his record as foreign secretary and said the UK must step up preparations for a no-deal Brexit as a way of getting an improved deal.

Asked when he last took cocaine, he replied that there had been “a single inconclusive event that took place when I was a teenager” and never since then.