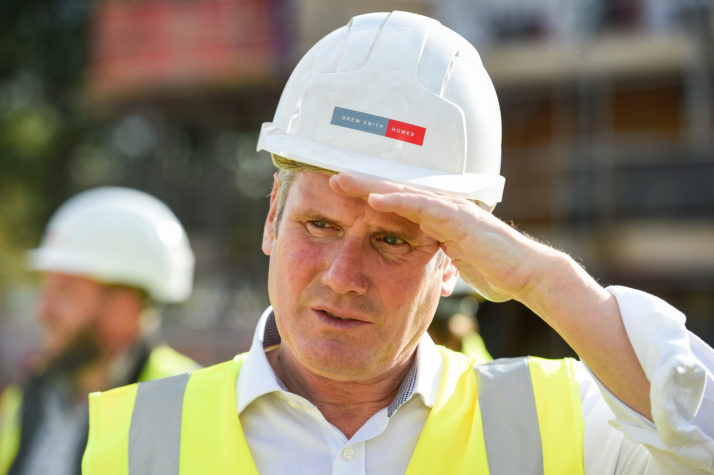 LONDON — U.K. opposition leader Keir Starmer has long emphasized his party’s role as a “constructive opposition” but the gloves are coming off.

The Labour leader on Tuesday called for a two- to three-week national lockdown in England and accused Prime Minister Boris Johnson of  ignoring his own government’s scientific advice, as the U.K. recorded 143 COVID-19 deaths, the highest daily increase since June.

Starmer said the prime minister should heed a recommendation from the Scientific Advisory Group for Emergencies (SAGE) to bring in a so-called “circuit-breaker” lockdown to slow a steep rise in cases.

“The government has not got a credible plan to slow infections. It has lost control of the virus and it is no longer following scientific advice,” Starmer said in his most combative attack on the government’s handling of the pandemic to date.

Papers released by SAGE on Monday show that scientific advisers recommended three weeks ago that the government consider a temporary national lockdown, warning of “a very large epidemic with catastrophic consequences” if new restrictions were not brought in.

Johnson’s spokesperson said on Tuesday that the government “receives advice from a wide range of scientific experts and economists” and pointed to SAGE’s own observation that further COVID-19 restrictions would not be without their own health costs.