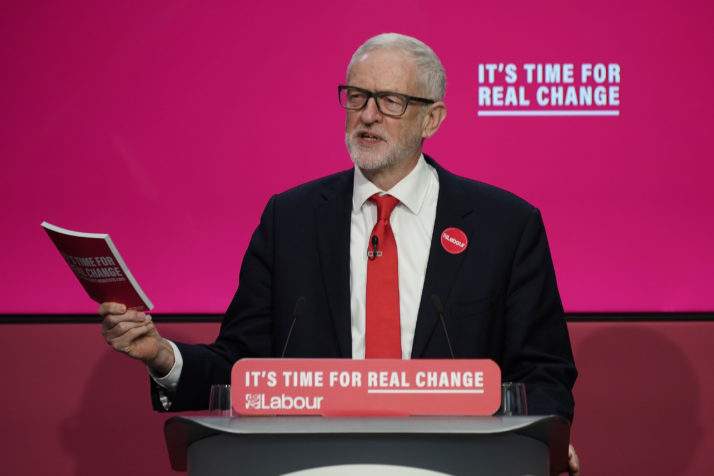 Jeremy Corbyn positioned his party as a moderate Brexit option.

The Labour leader was joined by his shadow Cabinet as he launched his party’s manifesto at an event in Birmingham.

Corbyn positioned his party as the moderate option on Brexit. It has pledged to renegotiate the Brexit deal and then put this renegotiated deal to a fresh referendum within six months of taking office. “So if you want to leave without trashing our economy or selling out our NHS, you’ll be able to vote for it. If you want to remain, you’ll be able to vote for that,” Corbyn said.

The manifesto says Labour would seek to “protect” free movement rights and the benefits they have brought but waters down a motion passed by party members at their annual gathering in September, which sought to explicitly “maintain and extend free movement rights.”

In its manifesto, Labour said freedom of movement will continue if the public votes to remain in the EU. If a majority vote for a Brexit deal, the party said free movement would be “subject to negotiations.” The party did not explicitly commit itself to seeking to retain freedom of movement in its current form.