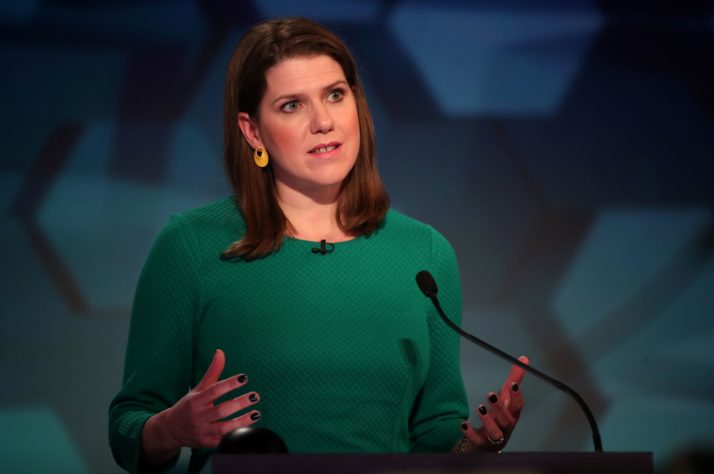 With leader Jo Swinson pledging to cancel Brexit outright, the Liberal Democrats might have hoped to position themselves as the clear pro-Remain option | Hanna McKay/AFP via Getty Images

EU nationals who became British wary of revoking Brexit without a fresh vote.

LONDON — They may be flying the flag for the EU in the U.K.’s upcoming election, but the Liberal Democrat promise to cancel Brexit isn’t landing as well as they hoped — even with continental Europeans who have recently become Brits.

Roughly 130,000 EU nationals have secured U.K. passports since the 2016 Brexit referendum and will now be able to vote in the December 12 election. While they are unlikely to sway the overall result since they are spread across the country, many are passionate about expressing their view at the ballot box.

With leader Jo Swinson pledging to cancel Brexit outright, the Liberal Democrats might have hoped to position themselves as the clear pro-Remain option — and as such the natural home of EU citizens who have settled in the U.K.

But concern over disregarding the result of the referendum, the party’s broader ideology and competition from other pro-EU parties has meant they are not the only choice for these new Brits.

“It was a massive democratic process that was put in place, you cannot just cancel it,” said Nando Sigona, chair of international migration at the University of Birmingham, who moved from Italy to the U.K.