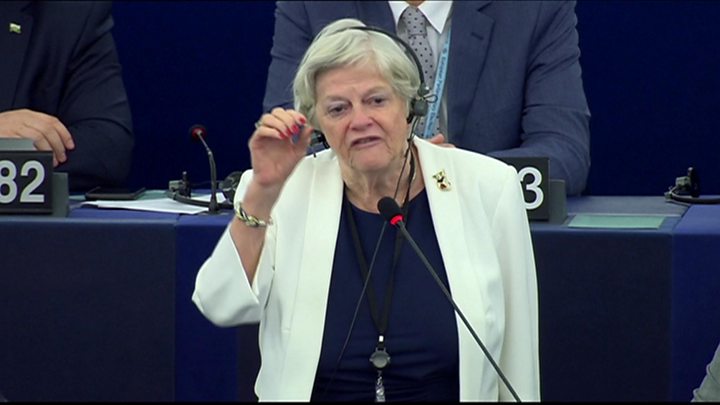 MEPs from both sides of the debate have urged the EU to “learn the lessons” from Brexit.

The European Parliament is debating the future of the bloc in Strasbourg in one of its last sessions before the UK is set to leave on 31 January.

Brexit Party MEP Ann Widdecombe said the EU should scale back to a “loose alliance” if it wants to continue.

And Green Party MEP Scott Ainslie warned against it becoming “distant, unaccountable and out of touch”.

The parliament’s Brexit co-ordinator, Guy Verhofstadt, also said the EU “has a problem when a big country is leaving”.

He appealed to the bloc to change and work “from the bottom up”, representing citizens better to “defend a Europe in which our children and grandchildren can survive in this new world”.

Ms Widdecombe, who is a vocal campaigner for Brexit, claimed the UK might have stayed part of the EU had it kept to its “early vision”.

“The European Union started with six countries and the vision then was that it would be a loose alliance of sovereign nations in a trading agreement, with some sort of political cooperation [and] with a totally noble ideal that that would somehow promote peace,” she said.

“And if that had remained the vision and was still the vision, I venture to say that I don’t believe that Britain would now be leaving.”

Ms Widdecombe added: “I believe that when we have made a big success of being a competitor on your doorstep others will follow us.

“And therefore, if you want a future… learn the lessons of what has happened in the UK.”

Mr Ainslie, who supported remaining in the EU, also called for the bloc to think about how it can change to stop another country exiting.

“Brexit should serve as a dire warning to all of us as to what happens when ordinary people see the EU as distant, unaccountable and out of touch,” he said. 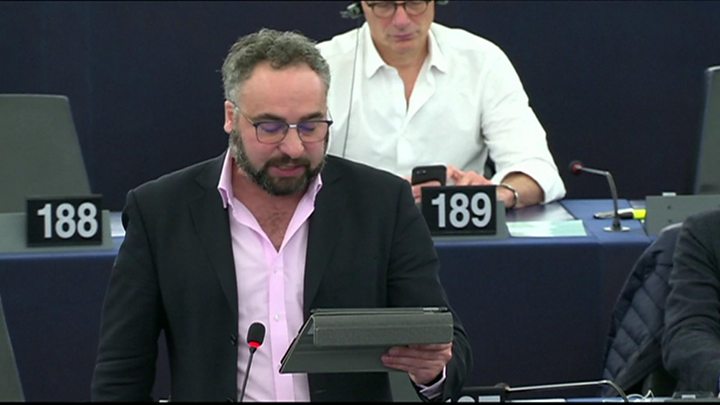 Mr Ainslie added: “In the UK, it is too late. The damage is done. But it would be an absolute tragedy if the EU didn’t learn lessons from the calamity that is Brexit.”