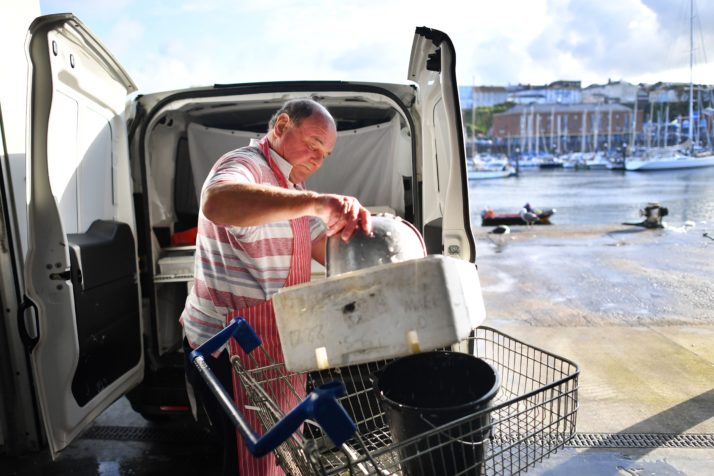 The U.K. government is spending tens of thousands of pounds on an emergency cash-flow system to keep the fishing industry afloat | Ben Stanstall/AFP via Getty Images

The government sees the need for a ‘seafood crisis intervention scheme’ if the UK departs the EU without a deal.

LONDON — The U.K. government is spending tens of thousands of pounds on an emergency cash-flow system to keep the fishing industry afloat in the event of a no-deal Brexit.

The Department for Environment, Food and Rural Affairs has agreed a contract, unearthed using the Tussell government procurement database, with British-based tech firm Equiniti for a system to “disburse hardship funding.”

Britain exports most of the fish it catches, mainly to the EU. But new customs processes and border delays in the event of a no-deal Brexit could mean fresh fish rotting on land before it reaches the Continent. The industry is hoping for compensation from the government for any losses in that event.

The £49,000 contract to deliver a “seafood crisis intervention scheme” was agreed in October, with the project aimed for completion by the end of the year. The actual hardship funding has not yet been allocated, but a team is being formed to undertake the work.

Barry Deas, the chief executive of the National Federation for Fishermen’s Organisations, said: “It is good to hear that precautionary measures are being put in place to protect vulnerable parts of the U.K.