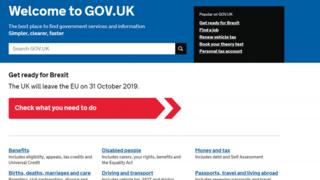 The UK’s Information Commissioner’s Office is questioning the UK government about the collection of personal data on its Gov.uk platform.

It follows a Buzzfeed report claiming leaked documents showed the prime minister had ordered the website to be used as a platform for “targeted and personalised information”.

The data would feed into Brexit preparations, it added.

The government has said its aim is for public services to be easy to access.

But the privacy rights campaign group Big Brother Watch had claimed that the report raised “questions as to the legitimacy, urgency and purpose of such personal tracking”.

In a tweet the ICO said: “We have contacted government regarding the collection of personal data on Gov.uk in order to fully understand its approach to compliance with data protection law and whether any further action is necessary.”

Gov.uk is a website that brings together all the government’s services, allowing people to renew taxes, pay for passports and book driving tests.

Buzzfeed reported that Boris Johnson had said that the Cabinet Office had been instructed to turn Gov.uk into a “platform to allow targeted and personalised information to be gathered, analysed and fed back actively to support key decision making” ahead of Brexit.

The news site added that Dominic Cummings, the prime minister’s chief adviser, had emailed senior officials instructing them that it was a “top priority” to “get this stuff finalised ASAP”.

The latest development comes a day after the Advertising Standards Authority said that it was following up complaints about a Brexit-related government advert. 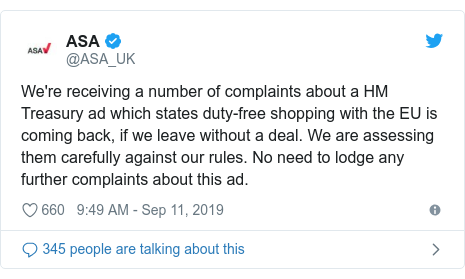