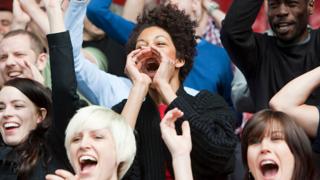 Much of the talk since the Brexit referendum has been of a nation divided, split by geography, income, education and age.

But despite the Remainer v Leaver rhetoric, most people in the UK actually appear to agree on a wide variety of subjects, and share an increasingly socially liberal outlook.

Here are 10 subjects that unite most of us in Britain, according to recent polling.

1. Being faithful to our partners

Almost all of us Britons – 99% – feel “some” or “significant” responsibility to be faithful to our partners, a ComRes survey for BBC News suggests.

Among the men surveyed, those in older age brackets were more likely to feel significant responsibility than those in younger groups. Some 87% of the men over the age of 55 felt this level of responsibility, compared with 66% of those aged 16-24.

2. Paying men and women the same

There is almost universal support for the principle of equal pay between men and women, the annual British Social Attitudes (BSA) survey suggests.

Of those surveyed, about nine in 10 of us (89%) said it was wrong for men to be paid more than women doing the same job in the same company.

There were differences in the strength of opinion between men and women, however, with 78% of the women surveyed considering this pay inequality “very wrong”, compared with 57% of the men.

3. Viewing a woman’s role as no longer in the home

Not only did those surveyed see women as having a role outside the home, they were also unlikely to see particular roles as being men’s or women’s work.

Most of us also think men and women are mostly equally suited to working in a wide range of roles, including doctor, councillor and MP, the BSA survey suggests.

Four in 10 said a mother should take most of a parental leave period,