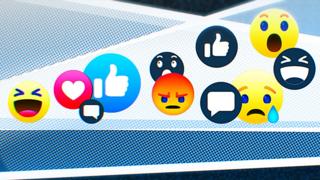 The online surge was widely seen – if mostly in hindsight – as an indicator that many polls were wrong and that Labour were running the Conservatives much closer than expected. And so it came to pass.

The big online story during the 2017 general election was the influence of a host of pro-Labour websites.

The Tories spent more on paid adverts, but stories and posts hostile to the Conservatives and sympathetic to Jeremy Corbyn and Labour went more viral, more often.

Many of these stories were produced by little known left-wing news sites. Because they’re not fuelled by paid advertising, such posts are called “organic”.

But since 2017, changes to Facebook’s algorithm – the code determining which posts get seen – have made it much harder for these sites to reach massive numbers of people. When it comes to dishing out organic content to users, Facebook is now more likely to recommend posts from family and friends, and less likely to show you things from organisations and media outlets.

That’s not the only development. While the ecosystem of left-wing Facebook pages and groups is still a big deal, two rival spheres of influence have grown in size.

One is passionately in favour of Brexit. The other is vehemently opposed.

At the heart of these three networks are volunteer activists working from living rooms and bathtubs up and down the UK, running Facebook pages and groups that, despite the algorithm changes, still attract millions of likes, comments and shares.

The pro and anti-Brexit spheres don’t uniformly identify with one party the way the pro-Corbyn networks do.

At the start of the election they were the source of bitter internal feuds. On the Leave side, there were fights over whether to support the Brexit Party or the Conservatives. In the Remain universe, Labour and Lib Dem supporters were at each other’s throats.

On the Remain side, there’s lots more talk of tactical voting, but as it’s often hard to make a call as to whether Labour, the Lib Dems, the SNP or another party are best placed to beat the Tories in a particular seat, arguments have continued.

Could tactical voting kick Boris Johnson out of Downing Street? Or will uniting Leave voters keep him there?

The pro- and anti-Brexit pages and groups are full of vocal activists,