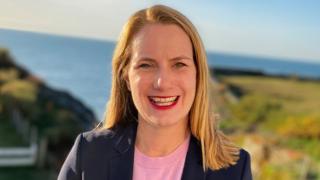 The island of Ynys Môn is set to gain “protected status”, meaning it cannot be lost as a UK Parliamentary seat after a review.

The amendment was added to a bill to redraw constituencies to cover a near-equal numbers of voters each.

But shadow Welsh secretary Nia Griffith said it did not go far enough in protecting representation in Wales.

Under current plans to redraw the 650 constituencies around the UK so they represent a nearly equal population size, it is estimated Wales could lose eight seats in the House of Commons.

On Tuesday, a bill paving the way for UK parliamentary constituencies to be redrawn was reviewed by a group of cross-party MPs, including Conservative MP Maria Miller and Plaid Cymru MP Ben Lake.

They each tabled amendments to the bill seeking to ensure that the island constituency Ynys Môn was not scrapped due to its smaller population.

The Boundary Commission, which is responsible for drawing constituency boundaries, is generally required to propose constituencies whose electorates vary in size by no more than plus or minus 5% of the average.

But, under existing laws, there were currently four protected constituencies where this quota does not apply because of their unique geography: Orkney and Shetland, the Scottish Western Isles seat of Na h-Eileanan an Iar, and two seats for the Isle of Wight.

Under the amended bill, Ynys Môn would be given the same protected status as these other islands.

Ms Crosbie said: “I am delighted that this amendment has been accepted and that Ynys Môn is one step closer to becoming a protected constituency.

“I know just how important this is to the people of Ynys Môn and I have actively supported the amendment on their behalf.”

Plaid Cymru Ben Lake MP also tabled similar amendments to the bill, asking to protect the island constituency of Ynys Môn and for Wales to retain all 40 of its MPs.

“Wales will lose out more than any other nation of the UK or region of England as a result of the Bill. Wales’ voice will be reduced by this legislation,” he warned.

Image caption Ynys Môn has its own council and Senedd member

Responding to the decision to protect the constituency,